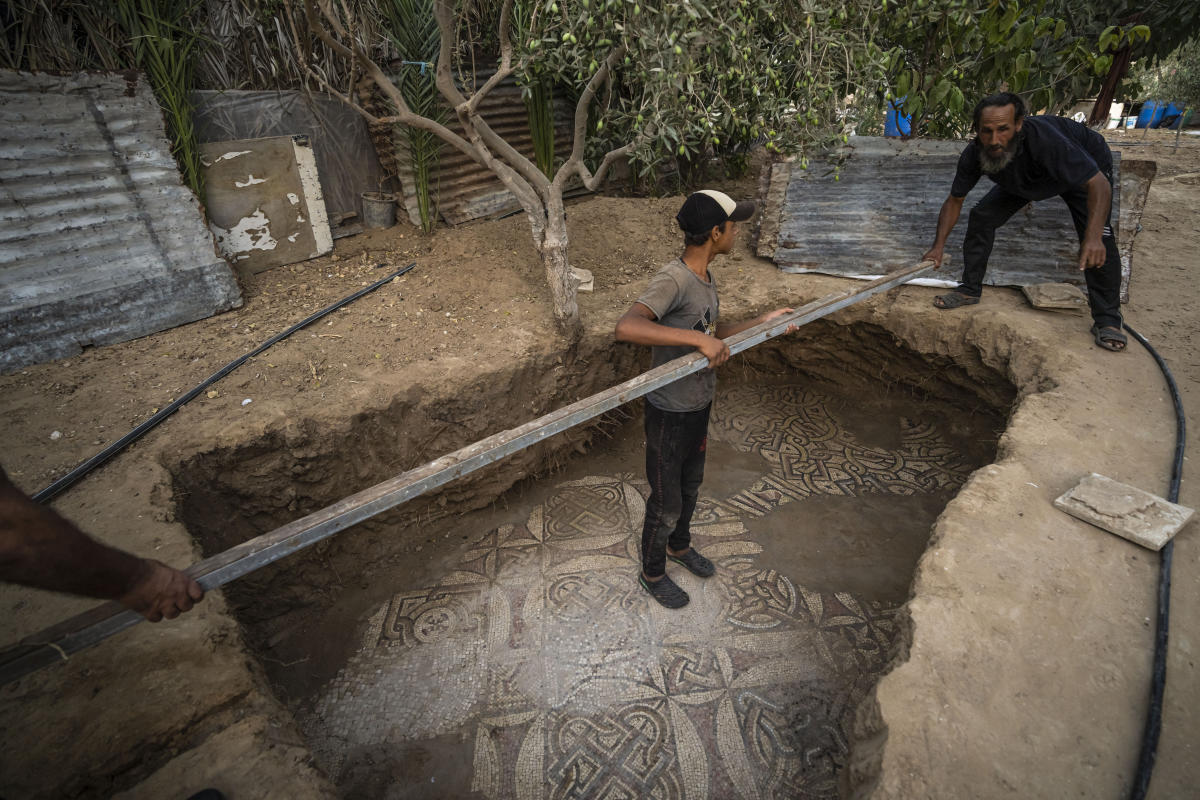 BUREIJ, Gaza Strip (AP) – Last spring, a Palestinian farmer was planting a new olive tree when his shovel hit something hard. He called his son, and for three months, the pair excavated the ornate Byzantine-era mosaic that experts say is one of the greatest archaeological treasures ever found in Gaza.

Archaeologists have been excited by the discovery, and the territory’s Hamas rulers are planning a major announcement in the coming days.

But he is also calling for better protection of Gaza’s antiquities, a fragile collection of sites threatened by a lack of awareness and resources as well as the constant threat of conflict between Israel and local Palestinian militants.

The mosaic was discovered just a kilometer (half a mile) from the Israeli border. The floor, which contains 17 animal and bird icons, is well preserved and brightly colored.

“These are the most beautiful mosaic floors found in Gaza, in terms of the quality of the graphic representation and the complexity of the geometry,” said René Elter, an archaeologist from the French School of Bible and Archeology in Jerusalem.

“Never before have mosaic floors of this fineness, this precision in graphics and richness of color been found in the Gaza Strip,” he said.

Elter says the mosaic path dates back to a time between the 5th and 7th centuries. But he said that proper excavation would have to be done to find out exactly when it was built and whether it was part of a religious or secular complex.

Related video: New dinosaur fossil to be unveiled at the Open Air Museum

Elter, who has previously conducted research in Gaza, was unable to visit the site but viewed a series of photographs and videos taken by local research partners.

The Gaza Strip, the coastal enclave of Palestine between Israel and Egypt, was a bustling trade route between Egypt and the Levant in ancient times. The coastal strip is full of the remains of ancient civilizations, from the Bronze Age to the Islamic and Ottoman eras.

However, the treasures are rarely protected. In the past, they were looted. In recent years, some have been damaged or destroyed by development projects or fighting with Israel. The Israeli-Egyptian blockade imposed after the Hamas militant group took over Gaza in 2007 has devastated the economy, leaving few resources to protect antiquities.

Hamas itself pays little attention to preserving the sites as it struggles to meet the needs of a rapidly growing population. There are more than 2.3 million people squeezed into the strip of only 300 square kilometers (115 square miles). In 2017, Hamas bulldozers destroyed large parts of a site containing the remains of a 4,500-year-old Bronze Age settlement to build housing projects for their employees.

Among the few preserved sites in Gaza are the monastery of St. Hilarion, which dates from the late Roman Empire to the Islamic Umayyad period, and the site of a Byzantine church restored by international aid organizations and opened this year in the northern Gaza Strip. .

While these sites also have mosaics, Elter said the latest discovery, in the center of Gaza town of Bureij, is “exceptional”.

The Hamas-run antiquities department described the mosaic as a “major archaeological find” but declined to comment further, saying a formal announcement would be made later.

The owner of the land, who declined to be identified before the official announcement, covered the uncovered part of the mosaic floor with tin sheets. He said he hopes to be compensated for protecting the unique find on his property.

The patch of land containing the mosaic is about 500 square meters (5,400 square feet) and three excavated spots show glimpses of the mosaic.

The largest of the holes in the ground, about 2 meters by 3 meters (6 feet by 9 feet), has 17 animal drawings. The other two show intricate tiling patterns. Parts of the mosaic, which appears to be about 23 square meters (250 square feet) in size, have been damaged by the roots of an old olive tree.

Elter said the discovery poses an “immediate danger” because it is so close to Israel’s separation fence.

These areas along the fence are often the subject of intermittent clashes or Israeli incursions. Just last month, Israel and Gaza’s Islamic Jihad military group fought a fierce three-day battle that included the Israelis shelling military positions and landing several misfired Palestinian rockets in the area.

Elter is also concerned that excavations by inexperienced people could damage the site. He hopes that a professional team can properly excavate, restore and protect the mosaic.

“It is critical to organize an emergency rescue intervention quickly,” said Elter.

I spent a year in outer space on the International Space Station. I’m very impressed by the experience – this is what my days looked like. 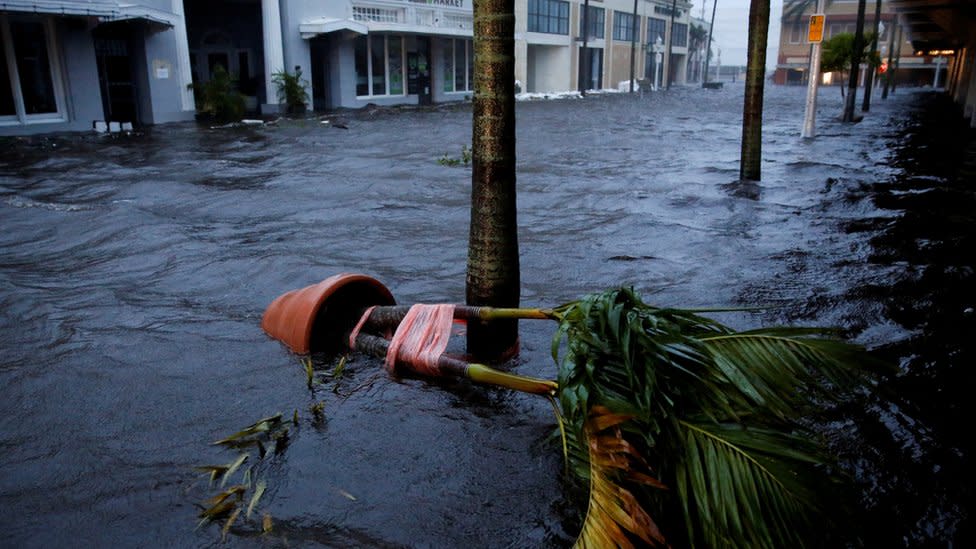 Cities flooded and power was cut as the storm crossed Florida 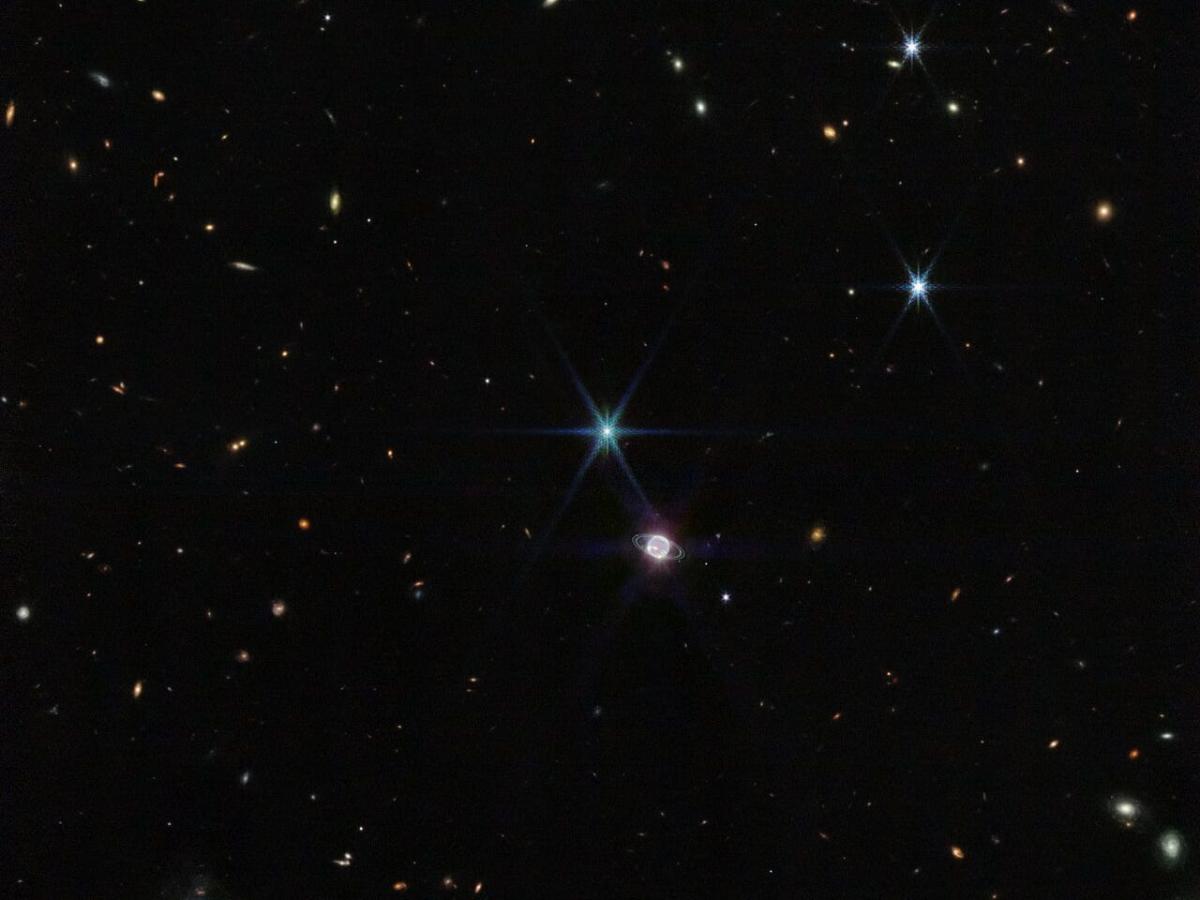