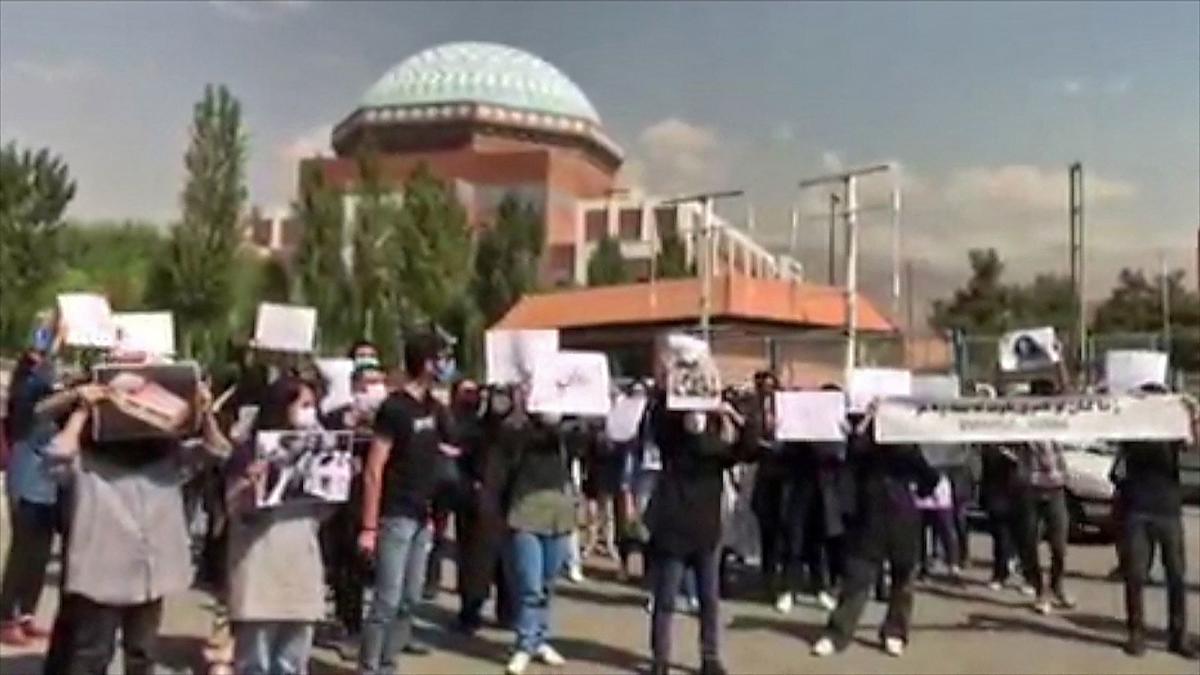 (Bloomberg) — Violence broke out in Iran’s capital over the death of a 22-year-old woman in custody held by authorities who police the way women dress.

Riot police used water cannon and fired tear gas to disperse crowds after hundreds of demonstrators clashed with security forces in Tehran on Monday, amid anger sparked by the death of Mahsa Amini last week.

Videos posted on social media showed protesters chanting “death to the dictator” and “I will kill whoever killed my sister” against the backdrop of armed officers and black police vans.

Other footage included a burning dumpster and a police motorcycle in flames. The videos could not be independently verified by Bloomberg.

Rallies were also held at major universities in Tehran, Tasnim reported, and clashes broke out over the weekend in Amini’s hometown of Saghez in Iran’s northwestern Kurdistan province, where she was buried on Saturday.

In a statement, Tehran police said Amini suffered “heart failure” on Friday and was in a coma after being detained by officers of the city’s so-called morality unit.

Police Chief General Hossein Rahimi called her death an “unfortunate incident”, while denying any wrongdoing by his personnel, the semi-official Tasnim news agency reported. Iran’s parliament has said they are investigating.

Amini’s father, Amjad Amini, was quoted by the Donya-e-Eqtesad newspaper as saying that there was no pre-existing illness when she was detained. He accused the authorities of beating her and then covering up their actions. “We will not let her blood be in vain,” the daily reported him as saying.

Iran’s “morality police” crack down on dress they say violates Islamic codes. But critics say their approach is arbitrary and includes efforts by the Islamic Republic government to impose religious beliefs on women and girls.

In a tweet, US Secretary of State Antony Blinken said, “Mahsa Amini should be alive today. Instead, the United States and the Iranian people are mourning her. We call on the Iranian government to end its systematic persecution of women and allow peaceful protest.”

The United States and Iran are engaged in a months-long diplomatic effort to revive Tehran’s nuclear deal with world powers.

The internet was disrupted in parts of Kurdistan province as the protests took place, digital watchdog group NetBlocks said. Residents near the demonstrations and in Tehran also reported connectivity issues. The Internet is often disrupted during times of protest in Iran.

Rahimi, Tehran’s police chief, said Amini was arrested because there were “problems with her leggings,” according to comments published in the Shargh Daily newspaper.

Iranian women have been subject to mandatory Islamic dress codes since the 1979 revolution that mandate “chador” – a black cloak that covers the body from head to toe – or long, loose-fitting coats and tightly worn headscarves.

Over the years, however, the enforcement of the rules has changed and women have gently challenged the limits of what is allowed. In urban centers in particular, loose headscarves and leggings worn with oversized robes are common — like the clothes Amini appeared to be wearing in CCTV footage recorded inside the police station and broadcast on the state television. 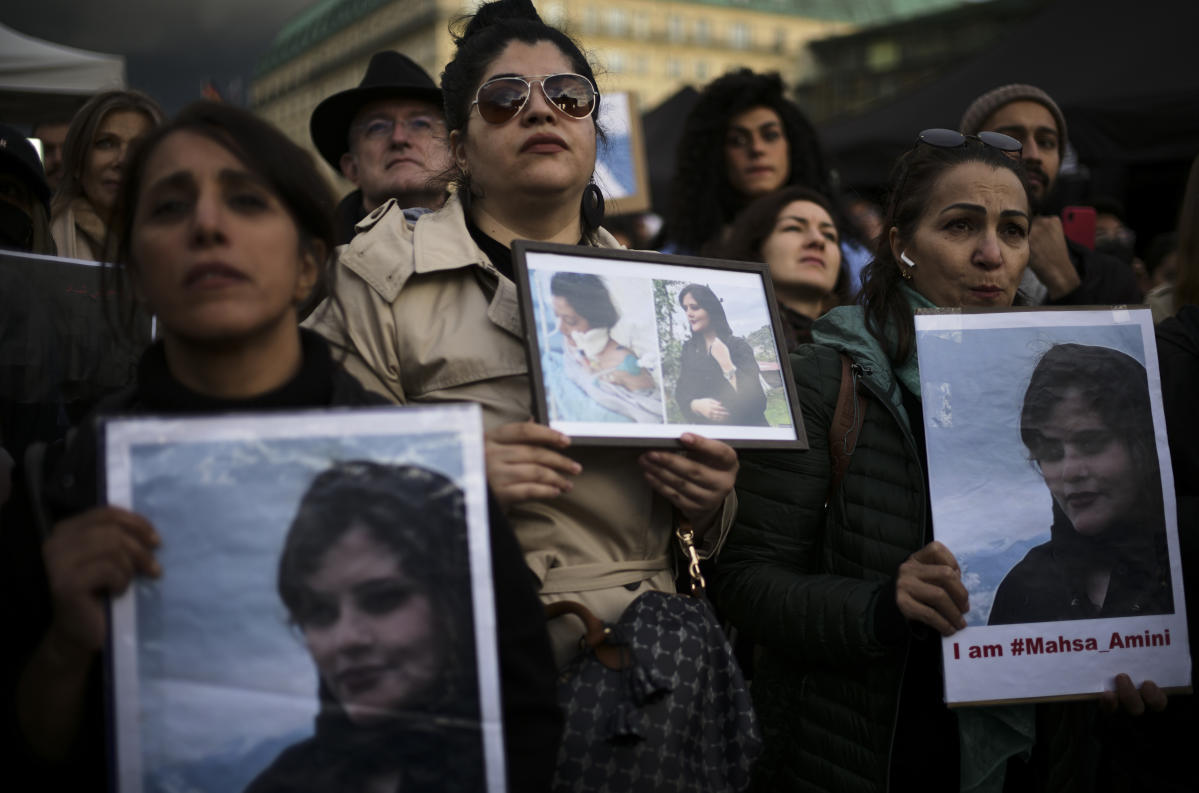 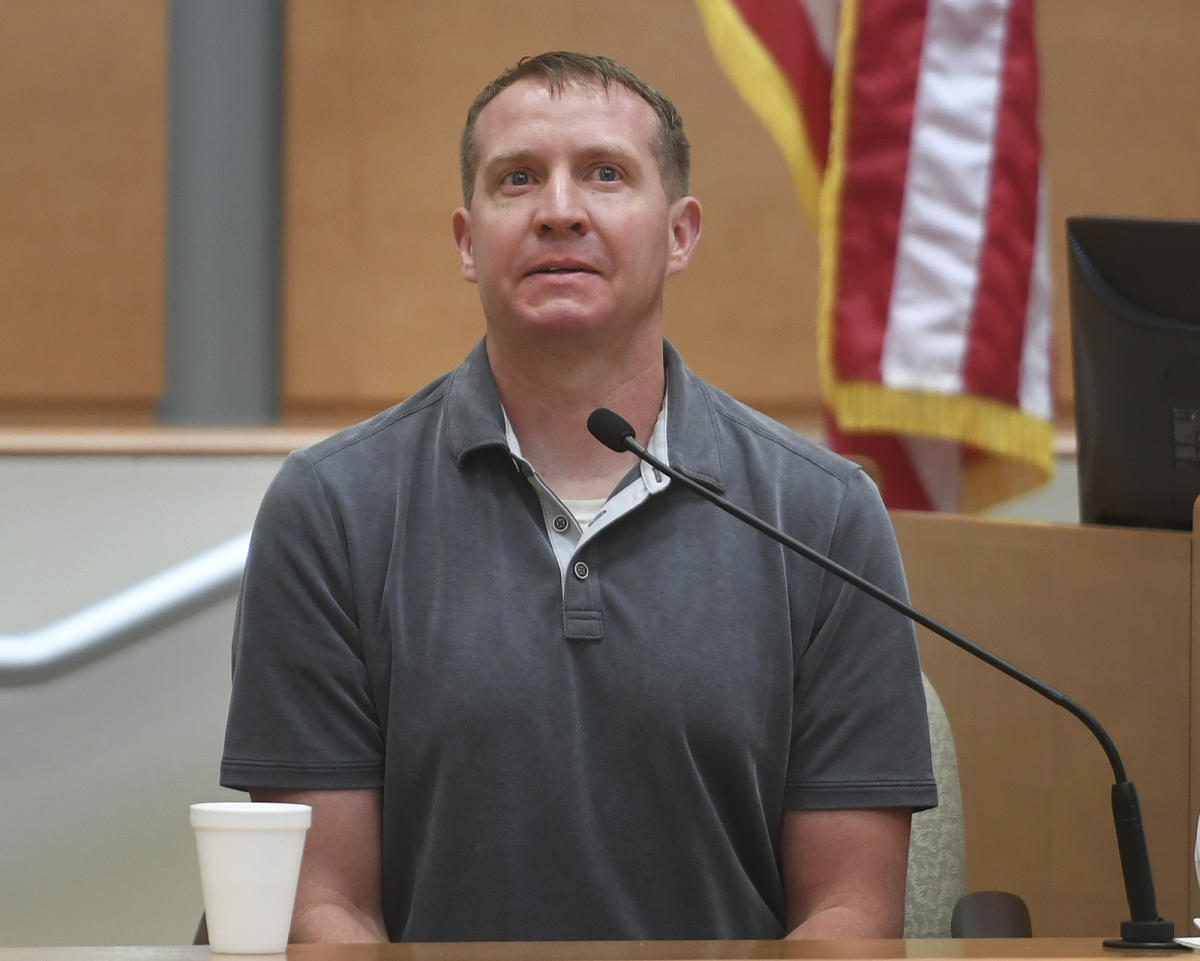 Sandy Hook Jones is forced to move from Connecticut